Actually, lack of sleep can cause many health-related issues of which weight gain is just one. And there are two main reasons for it: sleep deprivation and bad food choices because of the alteration of appetite due to a shift in hormones.

When sleep deprived, the body’s metabolism system doesn’t work right, so it is not burning calories as efficiently as it could. Research has shown the issue seems to come from a change in glucose tolerance or the body’s ability to turn food into glucose and get it to the cells where it can be used for energy. Being sleep deprived, glucose tolerance can diminish as much as 40%. If calories are not being processed, they are stored as fat, leading to weight gain.

The other part is the bad food choices we make when sleep deprived. Studies have shown that sleep deprivation causes an increase in the hormone ghrelin, which controls our appetite and a decrease in leptin, which tells us when we are full.

Sleepily we grab a cup of coffee or two … or three, along with a donut for some quick energy. That sugar rush caused by the sugar in the donut and in your coffee, if you added some, soon wears off and before long you are back looking for more food.

The issue is you are not looking for carrots or even apple slices with peanut butter – something that would be good for you – no, you are back for another donut or something that will give you the sugar rush again, has a lot of calories, and absolutely no nutritional value. The long-term result of this eating behavior is weight gain, even to the point of obesity. Typically, those that are sleep-deprived eat about 300 calories per day more than when they are rested. In a week, that is a pound of weight gain just from not getting enough sleep. Fifty-two weeks, fifty-two pounds!

And it wouldn’t be as bad … but still not good, if you hit the gym sometime during the day to burn off as many of those calories as you could, but being sleep deprived, you are too tired to exercise, so the weight just keep piling on.

A typical adult needs at least 8 hours of quality sleep per night to avoid sleep deprivation and the change in hormones. Between the combination of taking in more calories and the body’s ability to efficiently burn them altered (coupled with a lack of exercise due to tiredness) the end result is weight gain – and in some cases, a lot of it. 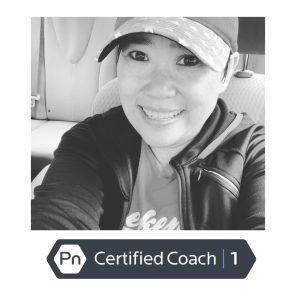